There is a silent danger lurking within some industrial facilities without anyone’s knowledge. While we often hear much about injuries at the workplace and focus on those types of risks, there is in some cases a much greater risk to be had through illness caused through a lack of conscientiousness, or a simple lack of awareness that a problem could even develop. You may not be aware of Legionnaires’ disease, or the bacteria that causes it. But historically speaking, the disease has had long-term consequences for many people and should be taken seriously. The issue that many struggle with, as has been discovered in the wake of the recent pandemic, is that quite often there is an issue with communicating the severity of a risk that people cannot easily see. Yes, people should take mind to pay attention to the cleanliness of a facility themselves simply as good practice. But quite often, these good practices need to be reinforced by standards, rules, and regulations implemented by the facility owners and managers themselves.

What Is Legionnaires’ Disease? 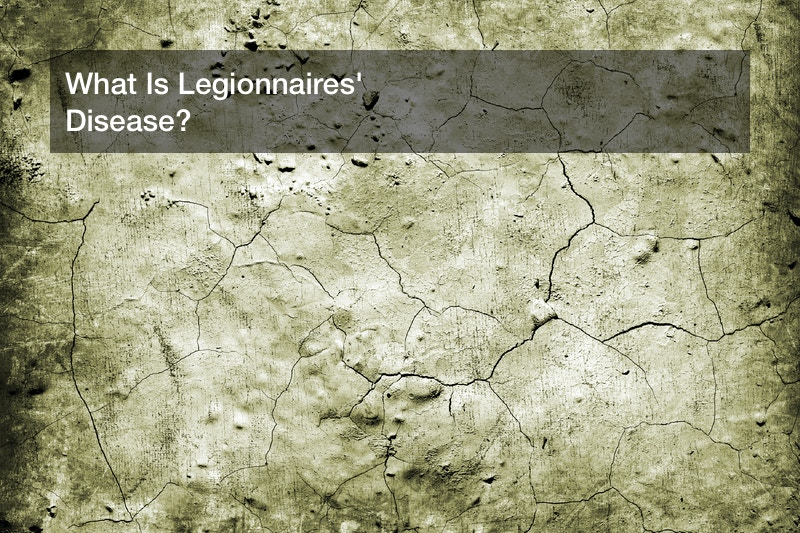 Legionnaires’ disease stems from the legionella bacteria, which is also connected to the development of a less serious illness called Pontiac fever. Legionnaires’ disease is technically a type of pneumonia, and can be quite severe; more so, perhaps, than other forms of pneumonia. Its symptoms are consistent with types of pneumonia that are not caused by legionella bacteria, like a cough, shortness of breath, fever, muscle aches, and headaches. As is often the case with pneumonia, the issue is not always the symptoms themselves, but their severity and length. As the disease progresses, other symptoms like confusion, nausea, and diarrhea can develop, giving the body a more run down quality. Now, you may or may not be aware that you’ve been exposed to the legionella bacteria prior to developing these symptoms. That’s why, when you do see a doctor, they may ask you if you’ve been in a hot tub recently, spent any time away from home, or visited a hospital within the last two weeks. This can help them narrow down whether or not you’ve been exposed to legionella bacteria or a facility that doesn’t conduct regular onsite legionella testing, before further testing can take place. Usually, Legionnaires’ disease begins showing symptoms two to 10 days after exposure to the bacteria, though the symptoms can begin anytime within a two week time frame following exposure.

Usually, the diagnosis of Legionnaires’ disease as the specific source of pneumonia can take some time. Doctors will initially diagnose patients with pneumonia through a chest x-ray that reveals fluid in the lungs, usually, and may go from there. Following that, an official diagnosis of Legionnaires’ disease may take place after a urine test, or a testing of the patient’s phlegm. Following a diagnosis of Legionnaires’ disease, doctors usually prefer to treat patients with antibiotics, while also addressing the symptoms of the disease in various different treatments. Now, this will usually result in a patient recovering, but if they do recover they could spend weeks in the hospital, racking up expensive medical bills. Furthermore, if a patient is older or already suffers from a compromised immune system, or simply doesn’t visit the hospital in a timely manner, complications can be much more severe. In a worst-case scenario, patients with Legionnaires’ disease can suffer lung failure that would lead to death. It’s estimated that about one out of every 10 people that is diagnosed with Legionnaires’ disease will die due to complications from the disease, though again it does depend in part on other contributing factors and how quickly the disease is treated. Those who contract the disease while staying in a long term care facility are more likely to die from the disease, likely due to their age. In that scenario, one out of every four patients will die of the disease. This is why onsite legionella testing must be taken so seriously, especially within industrial facilities wherein the bacteria may be more likely to develop.

How Does Legionella Bacteria Develop? 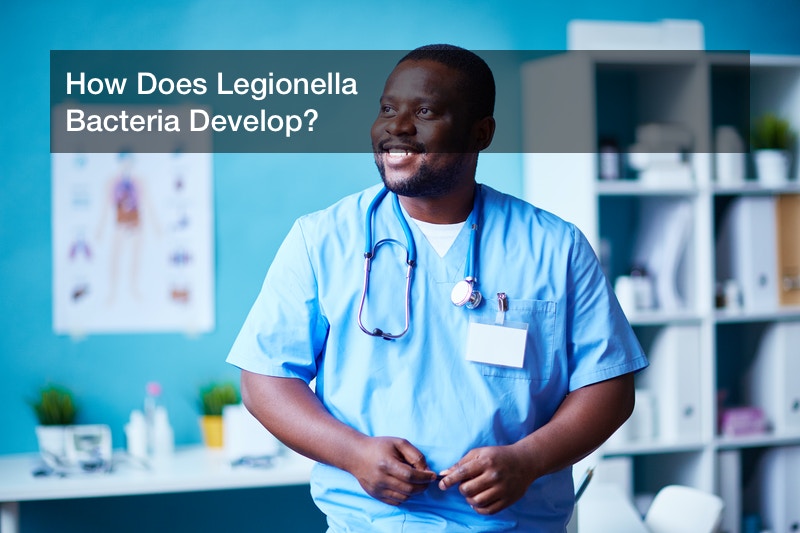 There is a reason why onsite legionella testing is emphasized so strongly within industrial facilities in particular. Although legionella bacteria often originally develops within freshwater sources, like streams and lakes, it can make its way to a lot of areas that are commonly found within industrial facilities. Industrial facilities often rely upon water flow in order to conduct their regular business, and ironically in order to keep job sites clean as well. Any plumbing sites are the perfect locations for legionella bacteria to grow, with faucets being particularly problematic. This is why many who offer plumbing services are at a greater risk to develop Legionnaires’ disease, though it can affect anyone who comes into contact with affected areas that haven’t been subjected to stringent regulations and onsite legionella testing.

Cooling towers are also major sites in which legionella bacteria can begin to develop. These towers contain both water and a fan and are often parts of cooling systems for building or industrial processes. This is yet another strike against industrial facilities. Hot water tanks and heaters similarly are hotspots for the bacteria, as are hot tubs that aren’t drained after every use, water features and fountains, and more. Industrial facilities are much more likely to use water in a manner that would encourage legionella bacteria growth, whether they’re cooling the facilities with cooling towers or simply using water to keep them clean. The more an area is subjected to slow drainage, as well, the more likely it will be to develop the bacteria. Consider that many plants use floor drains as they clean; though ideally, this is meant to sanitize the area more effectively, there is sometimes clogging that causes the drain to act more slowly, and therefore create the perfect atmosphere for legionella bacteria. Again, the issue is that an area can look perfectly clean on an aesthetic level, while still teeming with bacteria. This is why Legionnaires’ disease has been such a problem over the years.

How Does Legionnaires’ Disease Spread? 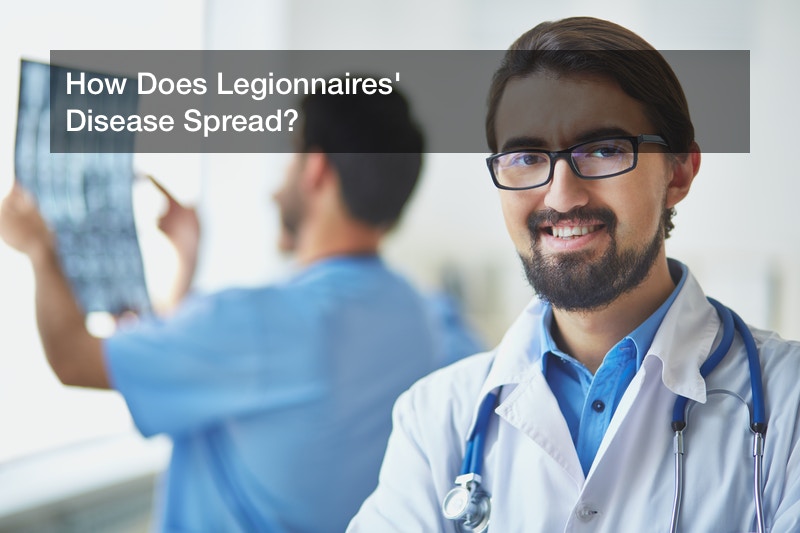 Another issue with Legionnaires’ disease is that people can contract it without even realizing that they’ve been in such close contact with an area in which legionella bacteria grows. The disease is spread most commonly when people breathe in water droplets that contain the bacteria. You may not even realize that you’re breathing in those droplets, they’re so small and easy to spread through the air. Occasionally, you may also drink water containing the bacteria, and aspirate the water into your lungs. This is less common than simply breathing in the water droplets. Keep in mind, again, that without onsite legionella testing, people won’t even know to be careful about where they’re drinking from. Consider too that when you’re working within a moist area, say when you’re conducting a boiler repair, you can easily breathe in affected water and never understand the risk.

Can you spread Legionnaires’ disease to other people? Most likely, you will not. However, it can happen under very rare circumstances, and you need to be careful if you’ve caught the disease or know through onsite legionella testing that you have been exposed to the bacteria. You need to get in touch with healthcare services if you’ve been exposed to the bacteria, and receive instructions about self-monitoring for symptoms and how best to prevent yourself from developing the disease. You may be prescribed preventative antibiotics to ensure that you don’t develop full-blown pneumonia. If you’re over 50, a current or former smoker, suffer from chronic lung disease or a weak immune system, or suffer from an underlying illness like cancer, kidney or liver disease, or diabetes you should consider being even more proactive, as you’re more at risk of developing a serious disease. Furthermore, you should begin collecting information if you feel that you were exposed to Legionnaires’ disease to the negligence of an employer. You may very well have a personal injury case on your hands. But if you’re on the other side of the situation, you should remember that you would be the one responsible, which is why onsite legionella testing but be taken seriously.

How Can I Prevent Legionella Bacteria From Developing? 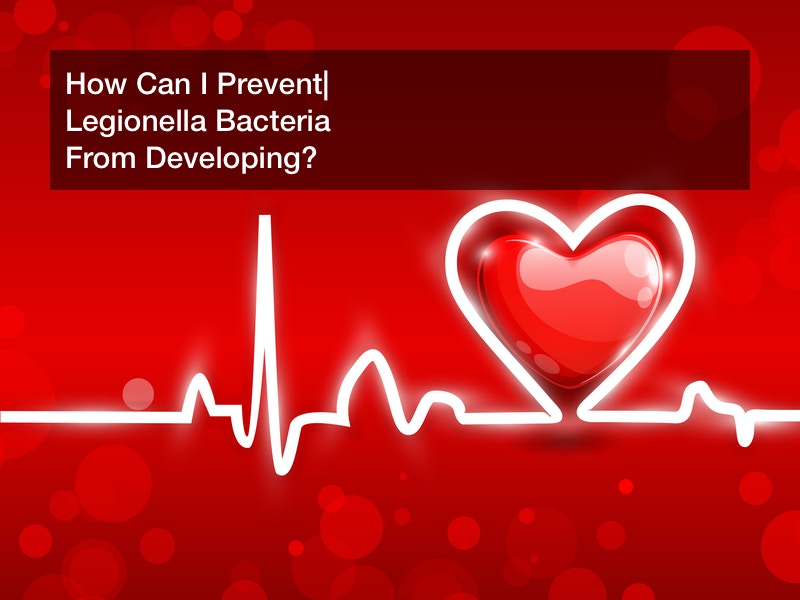 There is no way to completely ensure that legionella bacteria won’t develop, whether you’re a commercial building contractor making repairs or the building manager. This is why you should be overcautious and employ onsite legionella testing. Furthermore, there are not any vaccines against the disease, which means that anyone is potentially vulnerable to contracting it. Rather, you need to ensure that irrigation systems are employed to ensure that water systems are being properly managed, especially warm water management systems. The issue with warm water, in particular, is that warm temperatures make it difficult for disinfectants to work as they should. Disinfectants are among the most effective means through which you can manage legionella bacteria. But at the same time, disinfectant can negatively affect water quality in some cases, and therefore it cannot be used at all times.

No matter what, you have to keep in mind that every building is different, and water management systems need to be curved around your specific building’s needs. Fortunately, the CDC has provided a toolkit through which building managers and owners can coordinate a water management system that works for their specific purposes. This toolkit asks questions that can help confirm whether or not a building’s areas are at risk for developing legionella bacteria, and can also walk through the basic elements of an effective water management system. There are strong examples of how to best address specific scenarios, and there are particularly crucial considerations that must be made by those working with healthcare facilities. Yes, healthcare facilities are also very much at risk of developing legionella bacteria, and it’s even more important for them to practice the right strategies to ensure that it does not spread.

Aside from taking these steps and enforcing onsite legionella testing, building managers may also simply want to further emphasize cleanliness and a strict order of operations to prevent bacteria growth. This would involve using an industrial waste removal service on a regular basis, and furthermore using a checklist that better ensures that employees are practicing an appropriate level of caution when working within an area that is more at risk of developing legionella. Masks should be used to prevent the aspiration of water droplets containing legionella, and gloves as well. There may not be any specific sensors that you can rely upon to reveal legionella bacteria, but with the use of a proper water management system, onsite testing, and caution, you may be able to prevent the disease from spreading.

It’s important, now more than ever, that we prevent the spread of Legionnaires’ disease, and the development of legionella bacteria as the baseline problem. While it may be tempting to dismiss this bacteria as something that we simply have to deal with, you shouldn’t take for granted that those working within a building that you manage will practice caution themselves. Be responsible, and make an effort to not only train them to prevent the spread of the disease but create a testing procedure that will prevent the presence of bacteria leading to real disease.