If you’re struggling with stubborn fat areas, sometimes cardio and healthy eating isn’t enough to get rid of it. Coolsculpting is nonsurgical and there is no downtime after the procedure. Unlike invasive surges such as liposuction, this treatment will have you back in the gym that same day.

Many people shy away from going under the knife to achieve the body they want, and coolsculpting is the perfect way to get you there.

The aesthetician will mark you on what areas you want to be targeted and you are able to relax as your fat is being frozen. Each cycle, or area being targeted, takes roughly 35 minutes, and because everyone’s fat distribution is different, the number of cycles you will need will vary per client. The biggest changes due to coolscultping treatments can be seen three to six months after the procedure, but some have claimed to see a visible difference after just three weeks.

The procedure may be uncomfortable at first, but since the area goes numb due to the extreme temperatures, many are able to relax on their phones or with a book while the process is taking place. If you have more questions about what to expect during your cool sculpting appointment, check out the video for more information! 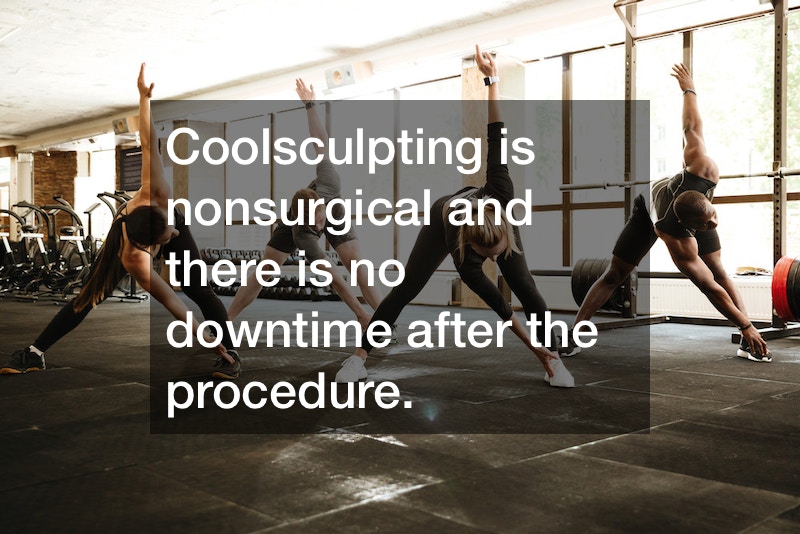